Michaela Mahady, AIA, is a principal in the firm SALA Architects, Inc., formerly Mulfinger, Susanka & Mahady. Since joining the firm in 1987, she has been involved in all phases of the architectural process on a wide variety of project types in locations including Minnesota, Colorado, California, Montana, Michigan, Wisconsin and Iowa.

She has also been a principal and art glass designer for Pegasus Studio, Inc. and her art glass work has been dispayed in major exibitions and public art installations in several states.

She has lectured for various university architecture programs and has won numerous honors and awards for her architecture and glass work.

Michaela’s work has been featured on several PBS series about residential architecture, and in numerous magazines including Fine Homebuilding and Life Magazine.

Michaela received a B.A. in studio art in 1973, and a Master of Architecture degree from the University of Minnesota in 1986. She is a registered architect in Minnesota, Colorado, Illinois, Texas and Utah, and a certified interior designer in Minnesota. 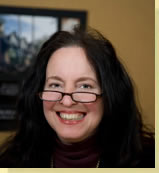 Other Plans by
Michaela Mahady