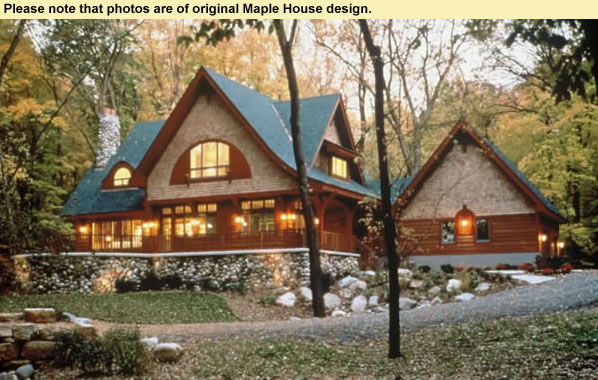 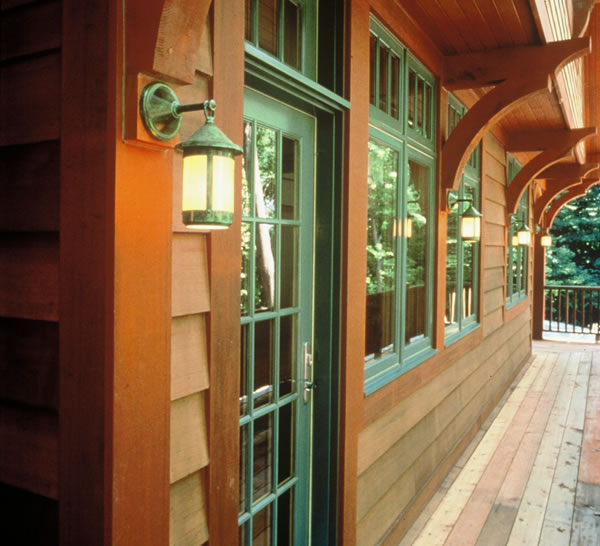 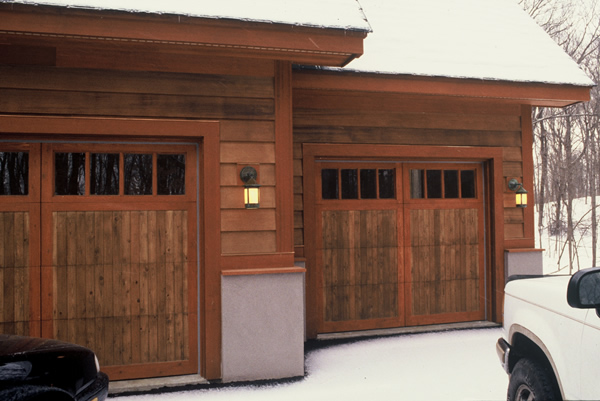 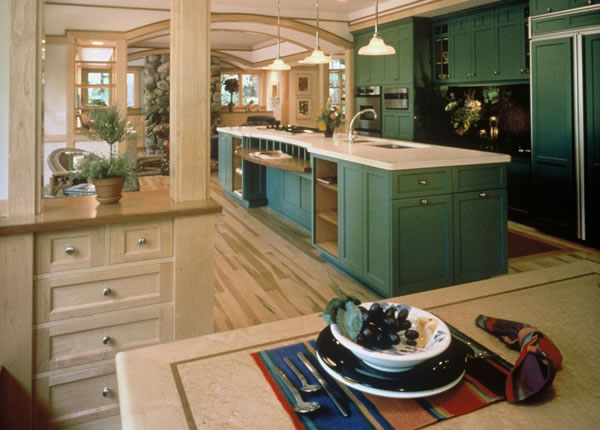 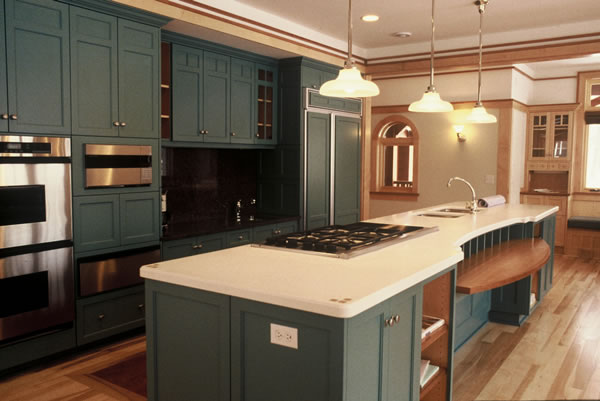 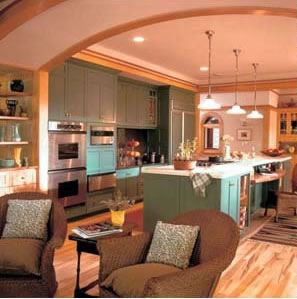 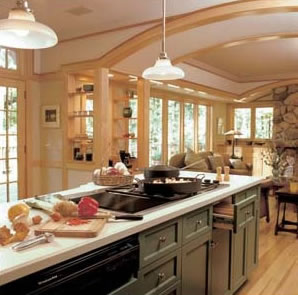 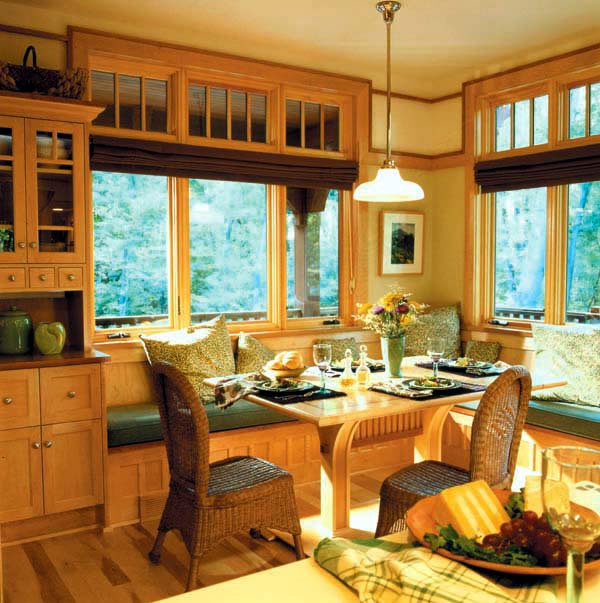 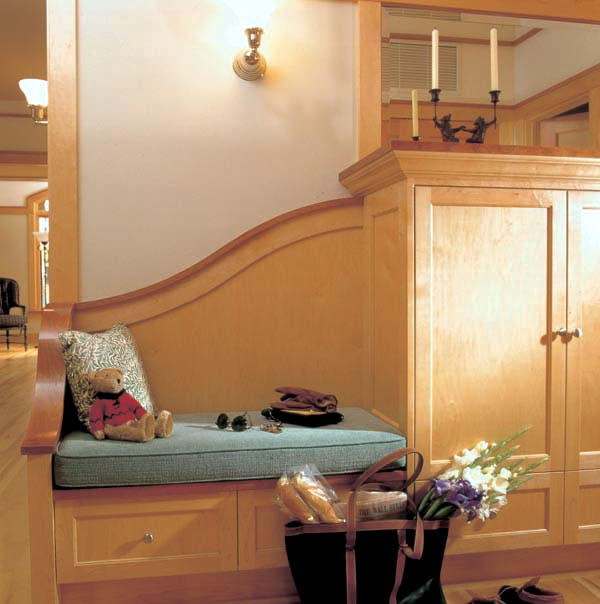 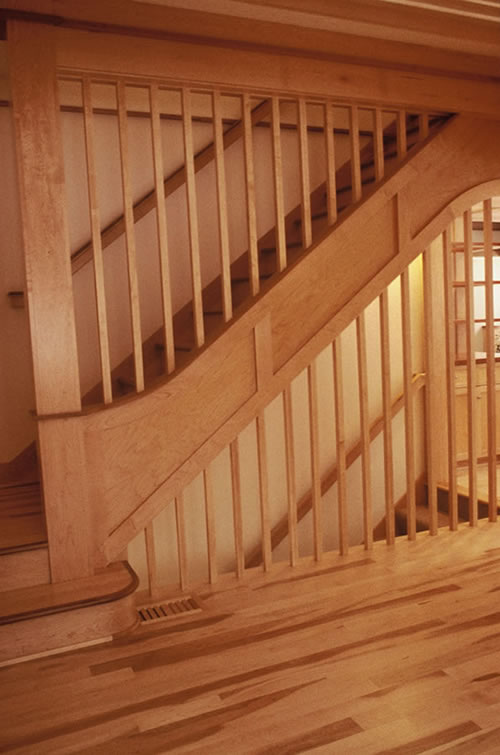 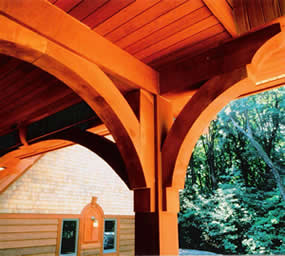 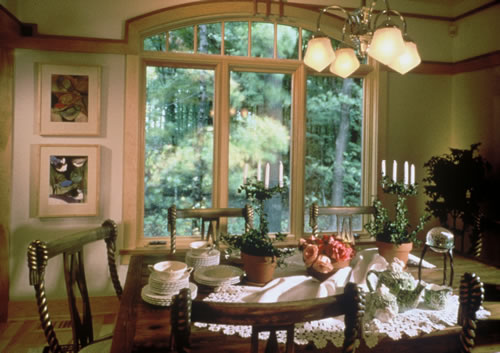 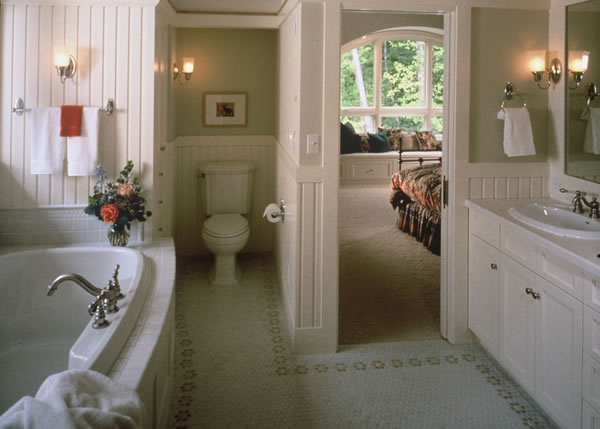 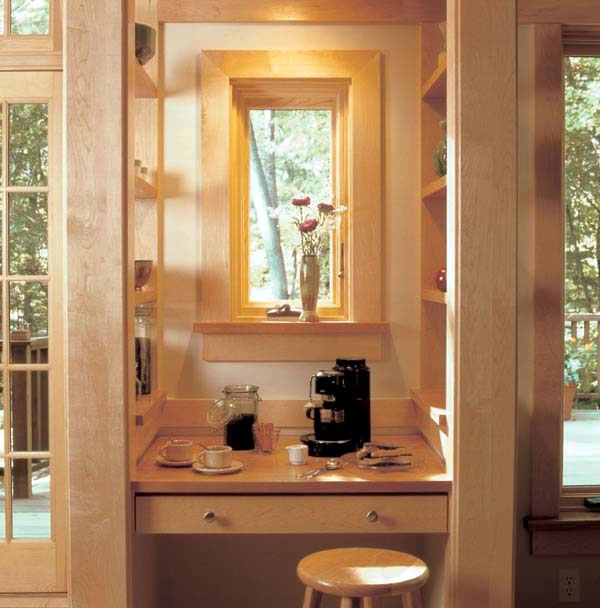 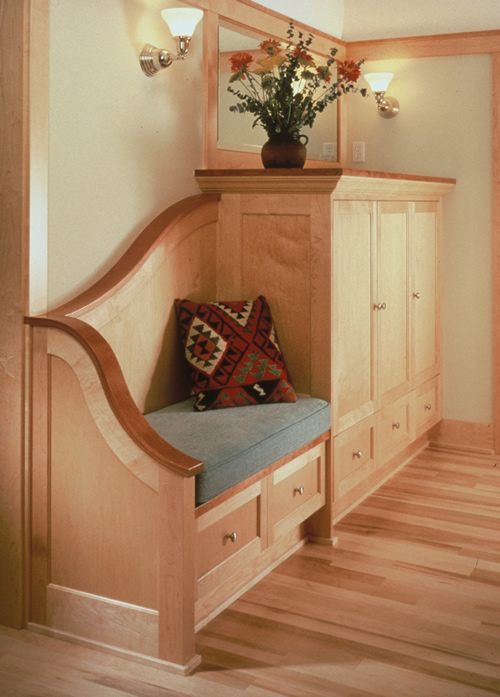 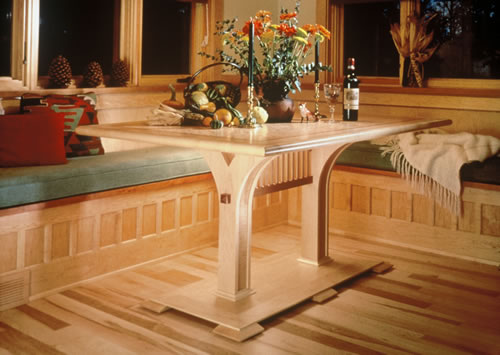 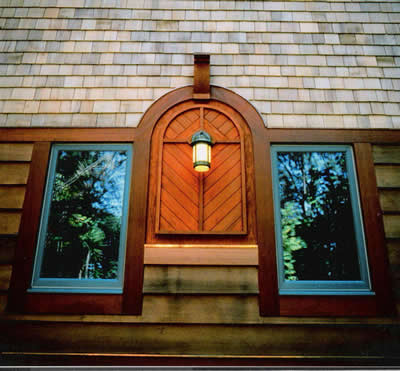 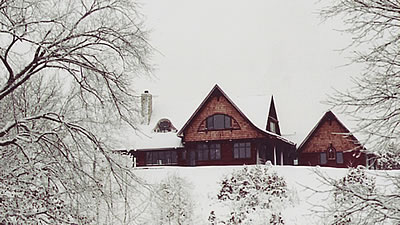 This is the third version of Maple Forest. Just like in version 2, the architects removed approximately 20% of the overall cost to build when compared to the original – achieved primarily by lowering the square footage by 10%, changing the roof construction from stick–built to trusses, and reducing the number of inside corners.

And just like they did in version 2, the architects tried to change the overall appearance inside and out as little as possible, knowing how much people love the look of the original house. They also altered the positioning of the rooms to possibly better suit other lots and views. The biggest change, however, was to convert the library/den space to a bedroom with a full bath. This was in response to the fact that a large portion of our customers were having their builders make this conversion because they needed a bedroom on the main level.

They also changed the location of the entry again. This time it’s on the left side instead of the right, bringing you directly into the living spaces of the house. There’s still an entry on the other side near the garage, but it’s now a screened porch with a door that opens to a mudroom. This change also allows what had been considered the left side of the house to be the front if you’re building on a narrow lot, and/or your view is to the front and one side.

There’s a very large deck area at the side (or front) of the house with a semi–circular shape on one side that wraps around the other side to the front door. As you enter the house, the kitchen and dining area are on your left and the living room’s to your right. The kitchen, like all the rooms on the main level, has a ceiling height of 9′. There’s a large center island with two sinks on top and a dishwasher below, and a raised bar for casual eating and/or dining. A door opens to the large round portion of the deck, making it easy to serve food outdoors when the weather allows. The dining room is open to the kitchen, and it enjoys wrap around views through very large picture windows.

As you enter the living room there are stairs to the upper level on your left. The living room features a large fireplace flanked by windows, with built–in cabinets under them on one side and a window seat on the other. The far wall has a trio of large windows facing the screened porch, providing views and natural light.

From the living room, you pass stairs to the lower level before reaching a tiny foyer that accesses a bedroom on the left and a full bath on the right. The bedroom has a large window that wraps around one corner, and a walk–in closet. A short hall opposite the stairs passes a mudroom and a laundry on the right and a coat closet on the left before leading to the garage.

At the top of the stairs to the upper level, there are doors to both the left and right that open to two bedrooms, while an opening straight ahead brings you to a hall that accesses both the shared full bath and a large storage area over the garage. (Please note that the storage area is not counted in the square footage totals) Each bedroom has transom windows facing the landing between them to add to the light coming through the windows.

The master bedroom features two very long closets on either side, along with two smaller closets flanking a semi–circular window with a built–in window seat below it, and a fifth closet just inside the entry to the bedroom. The ceiling in this room vaults from 8′ at the sides to a dramatic 14! In the middle! The master bath has a large tub set beneath a trio of windows, two separate vanities, a shower with a bench, and a private toilet.

The basement, if you choose to build it, has a bedroom with a full bath, a large media room, a craft room, and a large room for utilities and storage.

Side 1 Elevation For Maple Forest 3

Side 2 Elevation For Maple Forest 3

In this third version of our most popular home, the architects once again removed 10% of the overall square footage and 20% of the cost to build when compared to the original. There are numerous changes to the floor plan, the most significant of which was adding a bedroom suite to the main level. The appearance of the house, however, has changed as little as possible.