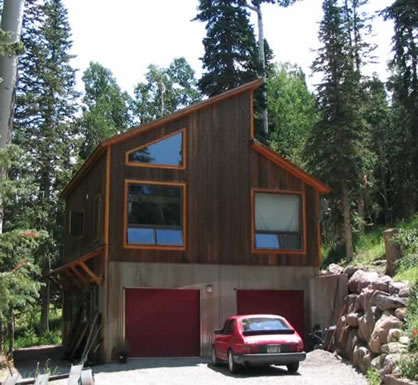 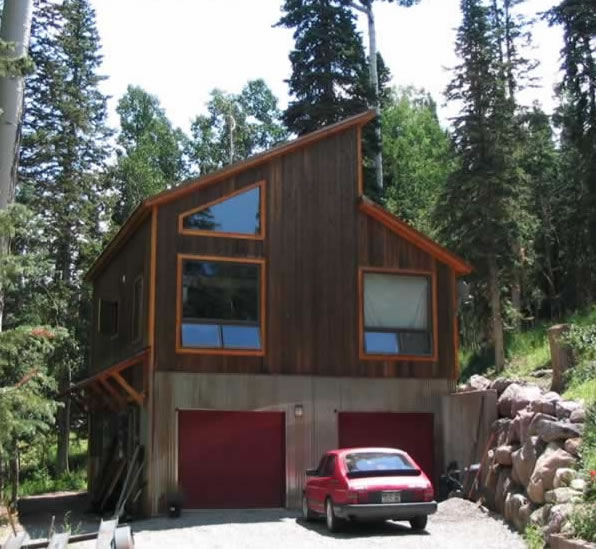 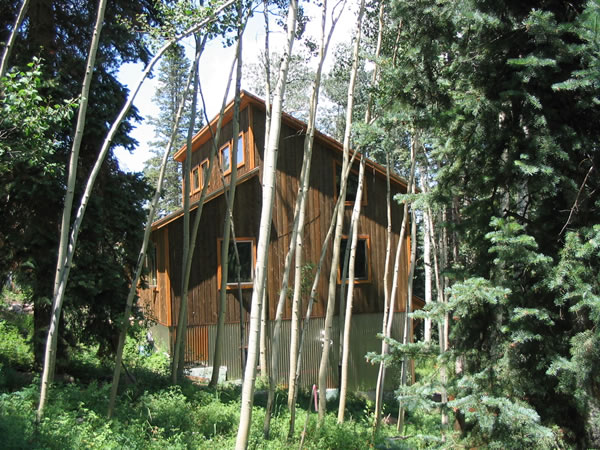 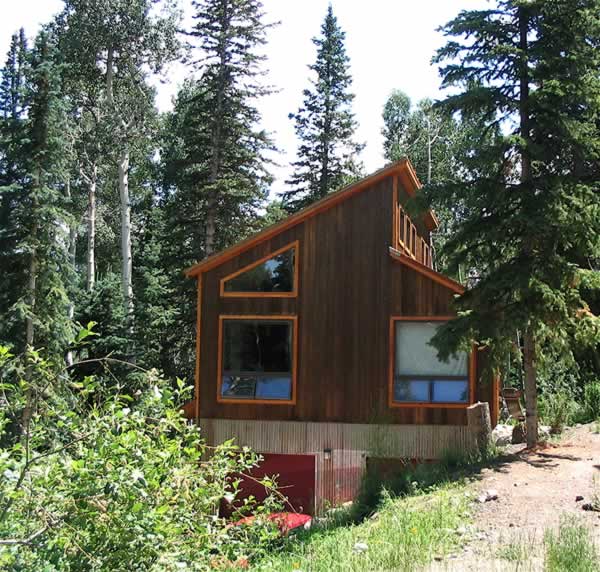 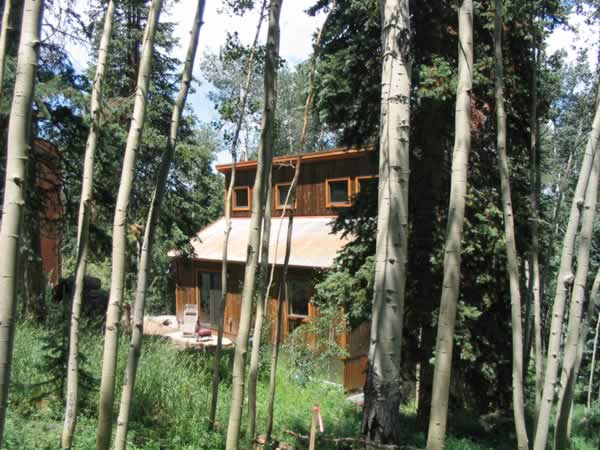 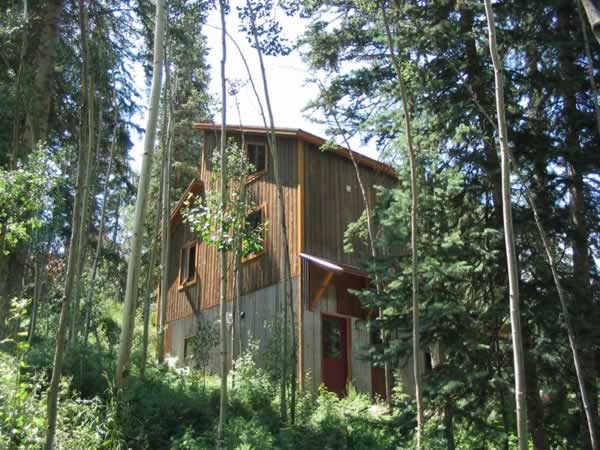 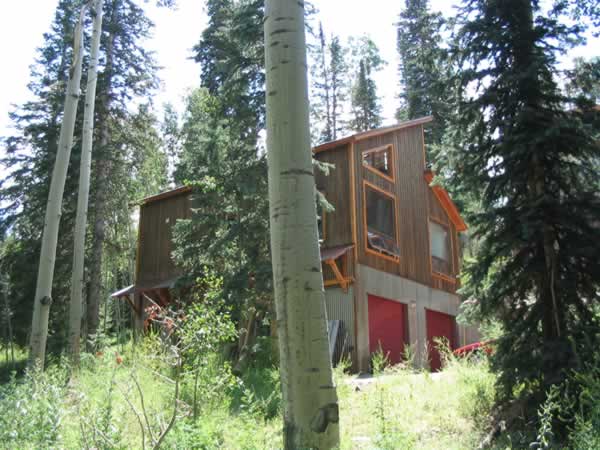 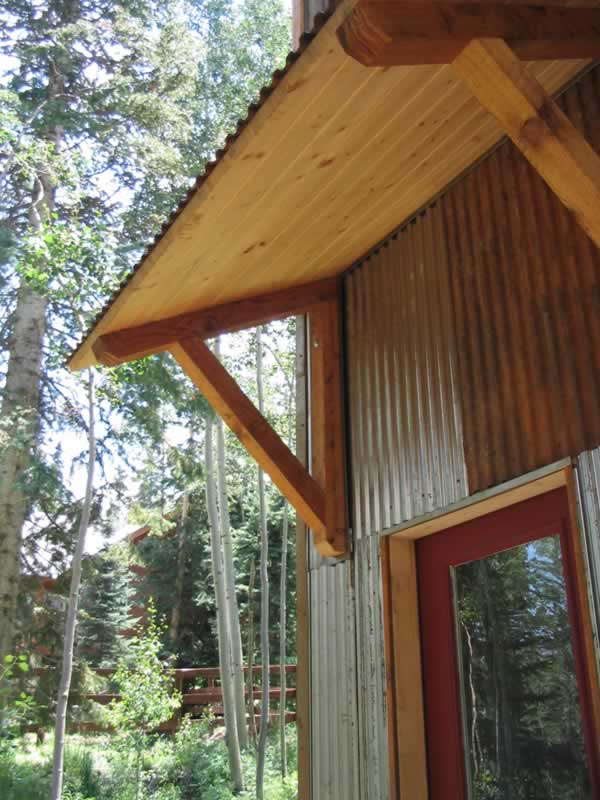 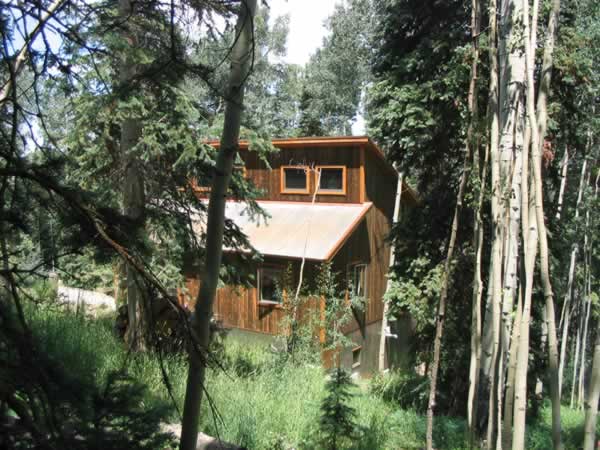 The apartment on the upper level of the two–car garage is flooded with natural light that enters through clerestory windows. The entry to the upper level is private, making it ideal for use as a rental unit, but it would of course work just as well as a guesthouse, a starter home, or a place to live while your new house is being constructed.

At the top of the stairs you enter the living spaces of the apartment. The kitchen has a wrap around counter with a peninsula at one end, and a window over the sinks. It's next to the dining area, and open to both it and the living room. The ceiling in the kitchen and dining area soars from an already lofty 11'6" behind the sinks to a magnificent 19' at the top of the clerestory windows, and these windows allow natural light to fill the entire space. At the transition to the living room, the wall holding the clerestory windows drops to a 12' height, and slopes to 8' at the far wall.

The two wide windows in the dining and living rooms are large picture windows with a pair of smaller windows below them (in the dining space there's also an angled window set high on the wall), providing great views and even more light. At the far end of the living room the original owners had a pair of sliding glass doors that opened to what was ground level on their property, but it could easily be replaced with another picture window.

A door off the living space opens to the bedroom and a full bath. Where you enter there's a flat ceiling that extends to the door to the bath, but at the edge of the closet, the ceiling matches the one in the living room, beginning at 12' and dropping to 8' at the outer wall. Clerestory windows let in light above the flat ceiling area that flows into the stairwell and the kitchen.

Side 1 Elevation For Rustic Guest House

Side 2 Elevation For Rustic Guest House

Unique lines and fine yet rustic materials really make this two–car garage with an apartment upstairs stand out. The garage has room for a workshop, a half bath, and a small laundry, while on the upper level there's a full apartment, including living and dining rooms, a kitchen, and a bedroom with a full bath.