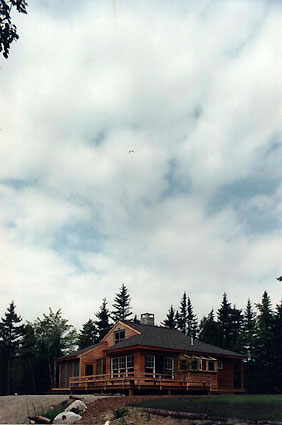 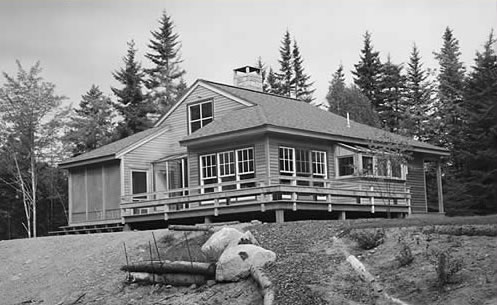 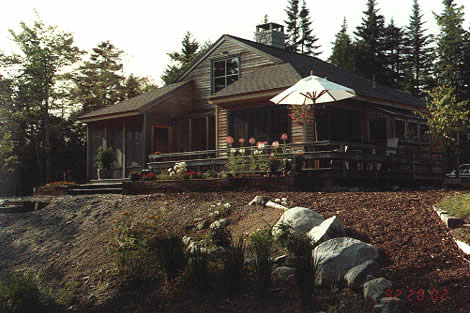 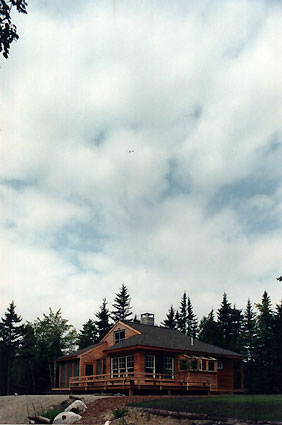 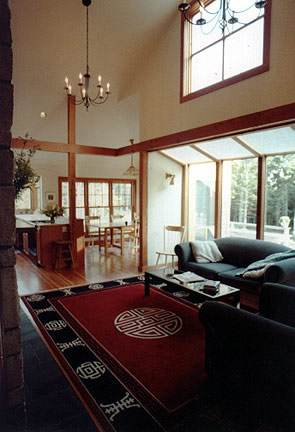 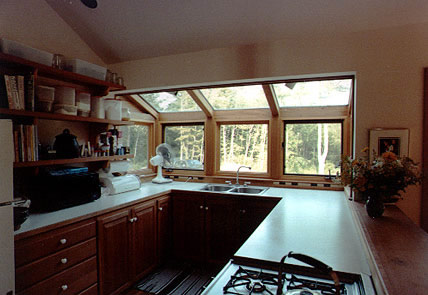 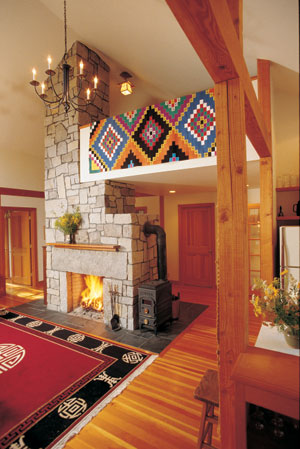 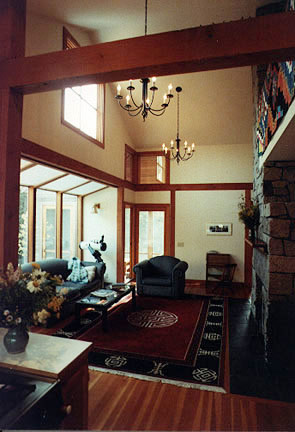 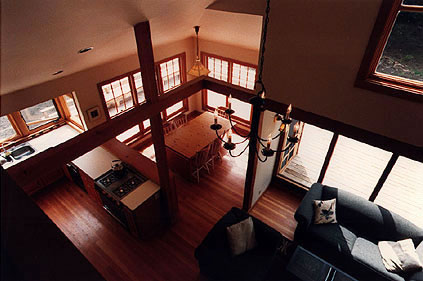 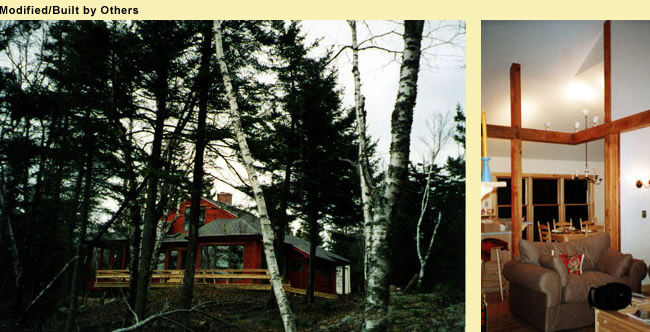 This small one–story house was featured in the September/October 2001 issue of Better Homes and Gardens. Designed to be a cabin or vacation home, there’s actually room for three small bedrooms and a sleeping loft in spite of it only being 1,237 square feet.

This house offers fantastic views, particularly to the rear and both sides. The ceiling in the living room vaults to nearly 17′, allowing for a very large window near its peak. Beneath it there’s a bumped–out bay that is filled with windows not only at the outer wall but in the ceiling as well! The dining room is also wrapped in lower and upper windows, with a door opening to a large wrap around deck. Both rooms are open to the kitchen with a bumped out bay just like the one in the living room, with views going up as well as out.

And there’s another window bay like this on the opposite side of the house, in the largest of the three bedrooms. All three share a single full bath. The two other bedrooms are tiny, but they work because there’s a sleeping loft in each accessed by a ship’s ladder. Other features include a laundry closet off the entryway, both a fireplace and a wood burning stove in the middle of the house, and a sleeping loft reached by a ship’s ladder that sits above the entryway.

Please Note
Due to licensing agreements, this home may not be built in Hancock County, Maine.

Front Elevation For An Island

Rear Elevation For An Island

Side 1 Elevation For An Island

Side 2 Elevation For An Island

This rustic house vacation house is small (just 1,237 sf), but there's room for three bedrooms on the main level, and a sleeping loft space for guests on the upper level. The kids' bedrooms are quite small, but each has its own loft space. A large deck wraps around the living and dining areas at the rear of the house, and next to it there's a screened porch that can be accessed from both the deck and the living room.