4 Bedrooms and a Soaring Family Room 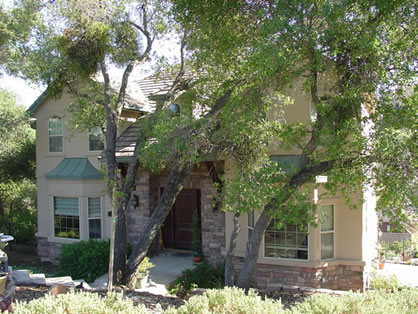 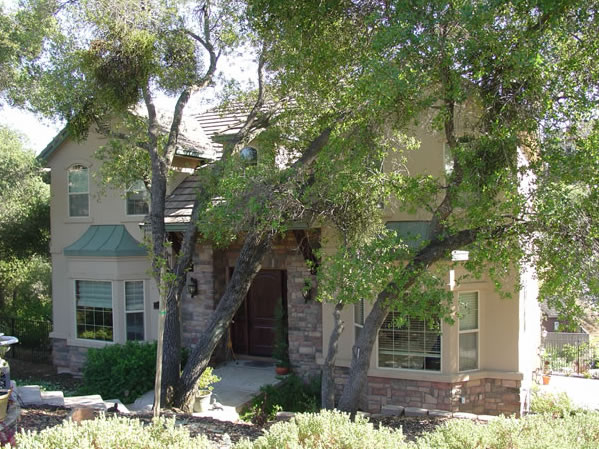 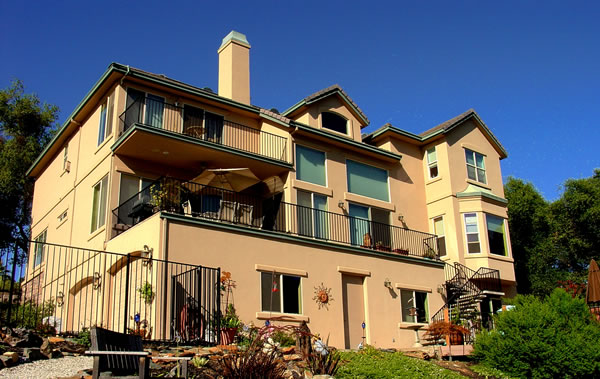 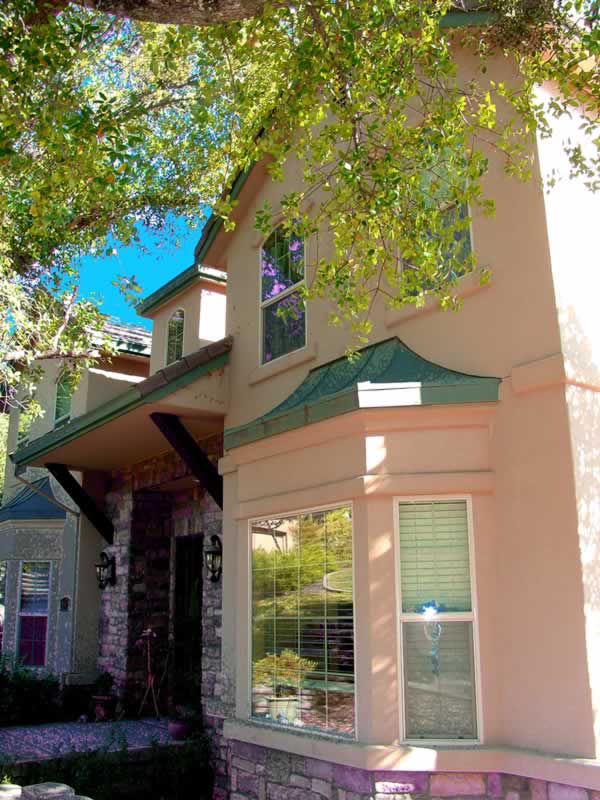 The front door has an arched transom above and is flanked by side windows. Like the aforementioned family room, the foyer also has a 20’9″ ceiling with a dormer and a window near the top that lets additional light into this space. There are actually three coat closets in the foyer – two smaller ones on either side of the doorway, and a larger one further into the house. An opening on the right leads to the living room, and another on the left (just past the stairs to the upper level) to the formal ding room.

The living room – like most of the rooms on the main level – has a lofty 10′ ceiling. This room is filled with light during the day thanks to bay windows facing the front and a large window facing the side. The dining room is nearly identical to the living room in size and shape, and has the same window bay facing the front. However, this room has a tray ceiling that is 9′ at the edges, and where the side windows were located in the living room the wall juts out to provide space for a built–in cabinet.

As you move from the foyer to the open living spaces of the house you pass an opening on the right that provides access to a full bath and a den that could easily be an additional bedroom, guest room, or in–law unit. After passing beneath a 9’7″ soffit that acts as a bridge on the upper level, the ceiling pops back up as you enter the family room. The far wall has two sliding glass doors topped by large picture windows for light and views, and above them is a dormer with another window. The sliding doors open to a wide covered deck that wraps around in front of the den. Views to and through that deeper portion of the deck in front of the den are provided by two picture windows in the far right corner. The family room also has a large fireplace on one wall that can also be enjoyed by anyone in the kitchen.

The kitchen space is separated from the family room and a sunny breakfast nook by a three–sided peninsula counter with a raised bar on the outer edge. A pair of sinks are located in the center portion, and beneath the counters on either side there’s a dishwasher, a trash compactor, and a wine cooler as well as cabinetry. There’s an island with a vegetable sink on top in the middle of the kitchen, and a very spacious walk–in pantry in one corner. The kitchen has a 9′ ceiling that rises to 10′ in the nook area, which also has bay windows for light and views. A built–in desk is conveniently located between the kitchen and the nook. At the opening on the opposite side of the kitchen there’s a dumbwaiter that accesses both the upper and lower floors. Beyond the opening there’s a vestibule that provides access to the dining room, the stairs to the lower level (should you choose to build it), and to the laundry area.

On the upper level, there are three bedrooms on one side of the house, and the master suite occupies the other side. At the top of the stairs a door on the left opens to bedroom 2, another straight ahead opens to bedroom 3, and at the end of a hall on the right there’s another that opens to bedroom 4. There’s also a pull–down set of stairs in the ceiling above the landing that provides attic access, and the dumbwaiter arrives at the landing as well. All three rooms have at least two windows for light, views and ventilation, and all share a full bath. Like the rest of the upper level, the ceilings are set at 9′.

A “bridge” off the landing looks down on either side to the foyer and the family room before reaching the master suite. The master bedroom has its own private balcony that’s accessed through sliding glass doors. Wide windows in one corner add light and views, and there’s a vent free gas fireplace in another corner. You pass a walk–in closet and a private toilet before entering the main bath area. There’s a large soaking tub beneath a window, and an equally large shower that also gets natural light. And a vanity station is positioned between two sinks.

Because of the slope of their property, the original homeowners were able to include a four–car garage (tandem–style) on the lower level. The rest of this level includes space for a fifth bedroom and bath and a large open room next to it. Both rooms were left unfinished.

Please Note:
Due to licensing agreements, this house cannot be constructed within El Dorado County, California.

Side 1 Elevation For Soaring Family Room

Side 2 Elevation For Soaring Family Room

The front of this home gives no indication of the incredible views to the rear. The family room has a soaring 21’9″ ceiling(!), and large stacked windows and glass doors provide views from floor to ceiling. Multi–paned windows are featured in the front and the first portion of each side, with two window bays shaded by unique curved metal awnings, while picture windows are used elsewhere to maximize the views. The original homeowners chose to clad the house in thick stucco in a muted tone, with stone veneer highlights at the front of the house, and concrete shakes on the roof. There are four bedrooms on the upper level, and room for a fifth if you choose to build the basement level.