Dale received his Bachelor of Architecture from the University of Minnesota in 1967 where he is currently an Adjunct Professor at the College of Architecture and Landscape Architecture. His professional background includes employment with several local, national, and international firms including the Architects Collaborative of Cambridge, Massachusetts and Brown Daltus of Rome, Italy. His interest in regional architecture is expressed in his ongoing research on the work of twentieth century Minnesota architect Edwin Lundie, and in the book The Architecture of Edwin Lundie published by the Minnesota Historical Society Press. Dale’s most recent books are The Cabin and The Getaway Home, both published by Taunton Press. His next book, Cabinology, will be published in 2008.

Dale is a registered architect in Minnesota, Wisconsin, Iowa and Wyoming and is NCARB certified.

* University of Oregon, Department of Architecture – 1995 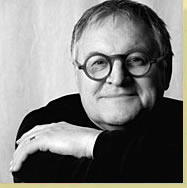 Other Plans by
Dale Mulfinger