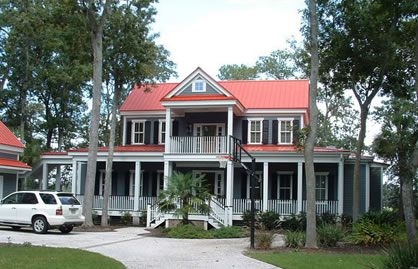 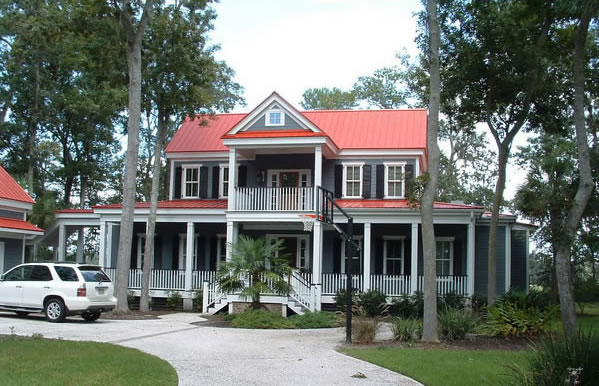 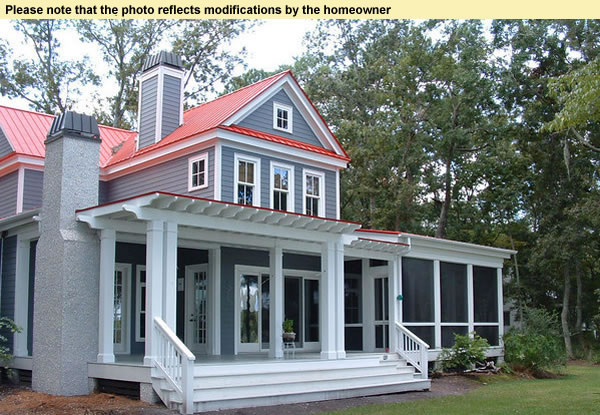 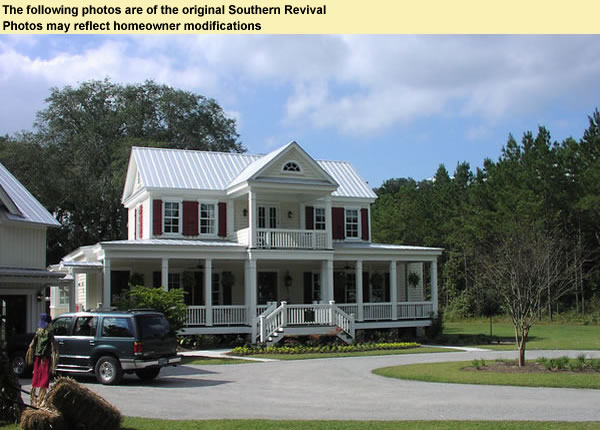 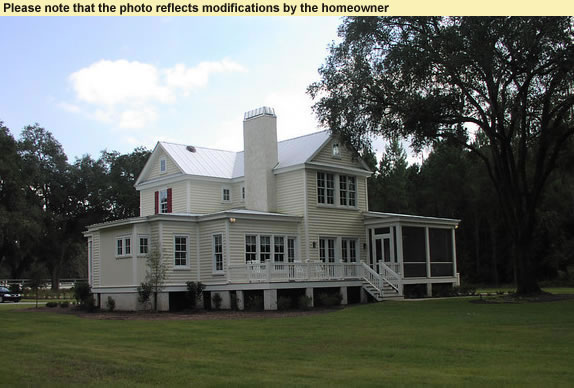 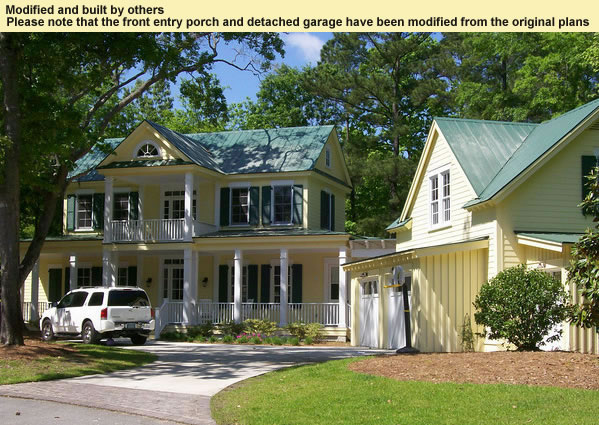 This second version is only slightly different from the original – in fact, in several instances the only thing that changes is the name of the rooms. The formal dining room is now called the den; the study is now called the office; the study upstairs is now a bedroom; and the porch off the upper landing is enclosed and now called a playroom.

The other changes that have been made to the main level are: the middle section of the front porch is wider and deeper; in the front left corner of the house, a mudroom has replaced the laundry, the breakfast nook has been moved closer to the kitchen, a wide pantry cabinet has been added, and the powder room has moved and made accessible from the hall and the mudroom; the kitchen layout has been altered; the laundry has been moved; the fireplace in the great room has moved from the far wall – replaced by a pair of glass doors; and in the master suite, the fireplace in the bedroom has been removed, a pair of glass doors now open to the screened porch, and the shower has been enlarged.

A wide central staircase leads to the covered entry porch, which has stately columns that span the entire front of the house. As you step into the foyer (which, like the rest of the rooms on the main level, features a 10' ceiling), there's a coat closet just to your right and a pair of sliding doors on your right that open to the den. This room has a view to the front, and a pocket door that opens to a hallway and the kitchen beyond it. The hall has one door that opens to the powder room, and a pair of doors to a mechanical room.

The stairs to the upper level are also off the foyer, and beyond them you pass through a cased opening to the great room. The fireplace in the great room can also be enjoyed from the kitchen, as the only thing separating the two rooms is a long 36"–high counter with a raised outer edge. There's a large island in the kitchen that's designed to have a vegetable sink on top, and bookshelves at one end. A door swings out to a deep portion of the screened porch that would be ideal for casual dining or entertaining on warmer evenings. This screened porch spans the entire rear of the house, including another deep section off the master bedroom. (The original homeowners chose to build a covered deck instead of a screened porch off of the master bedroom, as reflected in the photos.)A small vestibule off the foyer has three doors that open to an office space with views to the front, a laundry room, and the master suite. The far wall of the master bedroom has windows flanking French doors that open into the screened (or open) porch at the rear. From the bedroom, a vestibule provides access to an extra large walk–in closet and the master bath. The bath features a large shower with a drying area, a tub set beneath windows in the corner, two sinks, and a private toilet.

This plan comes with drawings for a detached three–car garage with a loft above. The loft sits under the slope of the roof that vaults from about 5'3" at the end walls to over 14' in the center.

Side 1 Elevation For Southern Revival 2

Side 2 Elevation For Southern Revival 2

As you'll see, this version is quite similar to the original house. The covered front porch of this classic southern–style house is more than 50 feet wide, and the 25'–wide section in the middle is 13'–deep. At the rear of the house there's a screened porch that's the same width, and 14'–deep. The master suite is located on the main level, and three more bedrooms plus a loft space and a playroom are located on the upper level.